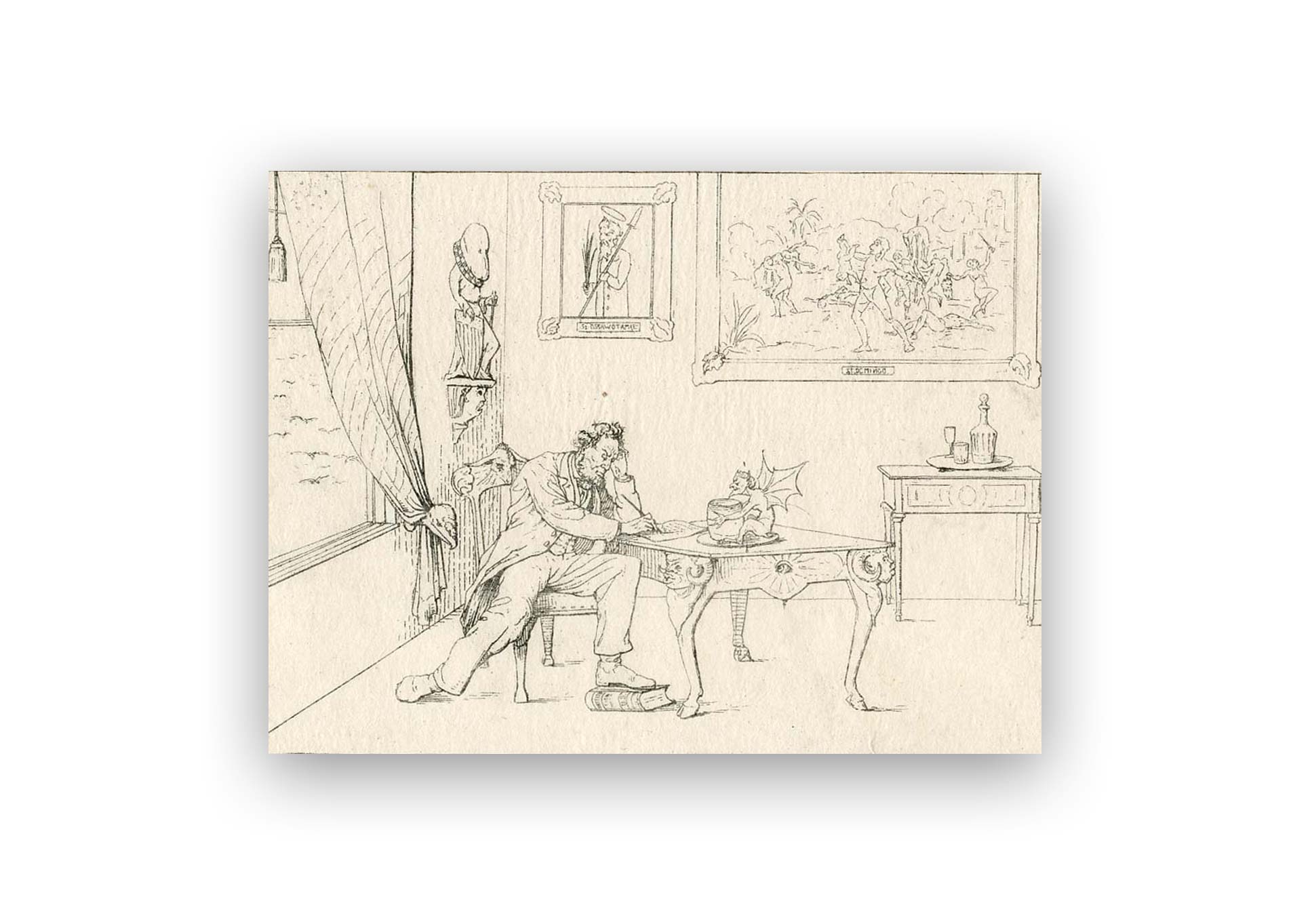 This drawing depicting President Abraham Lincoln with strong devil and demon motifs leaves no question as to the artist's feelings toward Lincoln or the Civil War. Among the other drawings in the series are images of embattled Southern towns, families, and views of war-time atrocities and sacrifices. The history of this set of 29 prints including an index is unclear. With no title, and only a probable artist, much is left to speculation. The set, thought to be one of about 100 printed, is believed to have been published in Philadelphia ca. 1880-1894. The art was first published as Sketches of the Civil War in North America in 1863 in London. This set belonged to Howard Pyle at one time. It was later donated to the Delaware Historical Society in 1954. Source: Delaware Historical Society Collections.